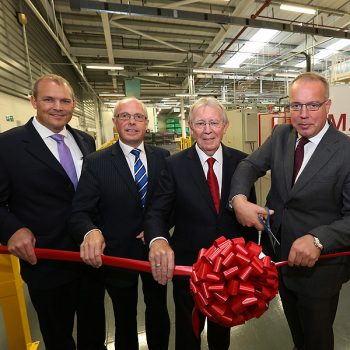 The multi-million pound investment by the US foam production giant, supported by £500,000 funding from the Let’s Grow Regional Growth Fund, has more than doubled the size of the Rainton Bridge Industrial Estate facility.

The additional 35,000 sq.ft. will allow the company to meet increased demand for car seating foam from Nissan and Jaguar Landrover (JLR), doubling its production capacity from more than 300,000 to 600,000-plus car seats a year.