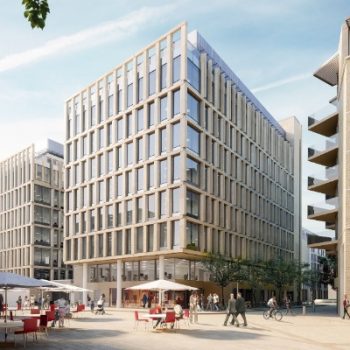 Aviva Investors will pump £87m of forward funding into a new 163,000 sq ft office building in Cambridge, it has announced.

The building, developed by Brookgate, will be the largest speculative office building to be brought forward in the city centre.

Aviva Investors will acquire the site and fund construction of the scheme, 50 & 60 Station Road, which has planning consent. Completion is due February 2019, and the building will form part of Brookgate’s larger CB1 development.

Ed Casal, chief executive of Aviva Investors Real Estate, said: “As a widely recognised global hub for life sciences and bio tech industries, our conviction in the city’s prospects means we are willing to make this commitment, despite uncertainties generated by Brexit. Cambridge has a bright future and we want to be part of it.”

Bidwells acted for Brookgate on the development funding, and will be retained agents on the letting of the scheme. BCM and Strutt & Parker acted for Aviva Investors on the acquisition.