Industrial development to bring jobs and investment to Fareham 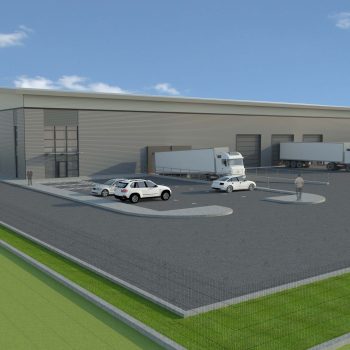 The site, off Cartwright Drive, will be known as J9 South and planning permission is being sought for a self-contained 50,000 sq ft unit.

Both LSH and joint agents Jones Lang LaSalle (JLL) are in discussions with a number of potential occupiers who have requirements in the area due to a lack of supply of new, high-quality industrial space with prime rents in the region now at £9.50 psf.

The land at Segensworth was secured from marine electronics firm Raymarine as it was surplus to its requirements.

Jerry Vigus, director of capital markets and industrial & logistics at LSH South Coast, said: “This is a strategic site in an established industry/warehouse location where there is limited supply, and Marick recognise this as an opportunity to provide much-needed space in the mid box market.

“It has been widely reported that there is a lack of supply on the south coast, but the region is now experiencing the first real signs of speculative development and J9 South is another exciting prospect.”

Mike Forster, managing director of development at Marick Real Estate, said: “We have been working on this opportunity for some time and have a good relationship with Raymarine which has enabled us to secure the site.

“We have had great success with the nearby Kites Croft Business Park where we have developed 400,000 sq ft including a bespoke 200,000 sq ft facility for Estee Lauder.”

The Southampton office of JLL acted for Raymarine.